BACK TO ARTICLES
Bugingham Palace, Kings Hill
Kings Hill now has a selection of hotels - for bugs not humans - thanks to the hard work of the Mereworth and Kings Hill Scout Group. 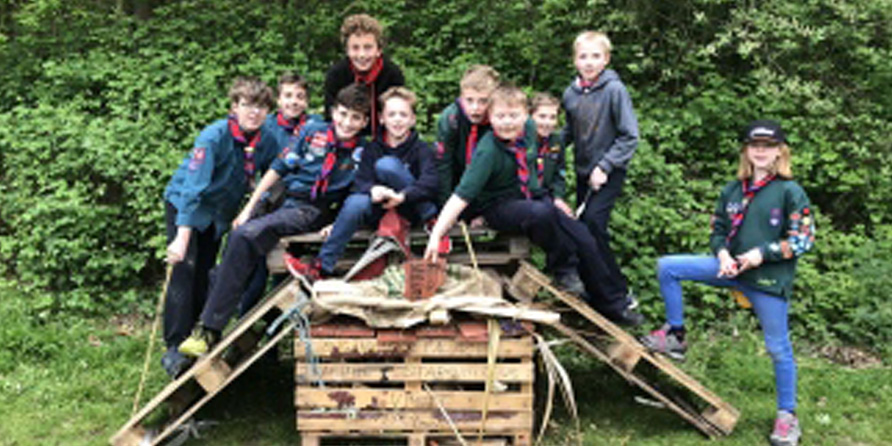 Kings Hill now has a selection of hotels – for bugs not humans – thanks to the hard work of the Mereworth and Kings Hill Scout Group.

More than 70 Cubs and Scouts worked in small teams to build a series of bug hotels along the edge of the ancient woodland of Warren Woods at Kings Hill. They used materials supplied by the development’s landscapers Coblands to create their constructions – one of which they named Bugingham Palace.

“We had such fun making the hotels and the children learnt so much,” said Group Scout Leader Kathryn Frankling. “I am sure the wildlife will move straight in and that each hotel will be of interest to people walking in the woods.

“This nature work goes towards the Beaver, Cub and Scout Challenge badges, which in turn go towards each young person achieving the highest award – the Chief Scout Award.”

The event was organised by Emma Cottee and Holly Mackenzie of Kings Hill developer Liberty Property Trust. “As a ‘landscape led’ developer the provision of wildlife habitat is of key importance and wherever possible we like to involve children in various projects,” said Emma.

“In previous years they have helped sow seeds and put in plants, and we have added information boards to tell people about the different species of plants that thrive here, so they can grow them in their own gardens at Kings Hill.”