BACK TO ARTICLES
Two golds and best in county
Kings Hill has been awarded two gold medals and been named best in Kent in this year’s South & South East in Bloom competition. 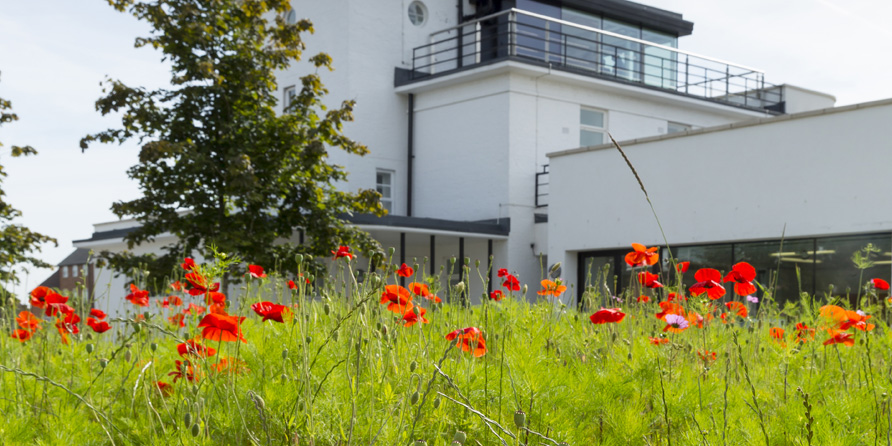 Kings Hill has been awarded two gold medals and been named best in Kent in this year’s South & South East in Bloom competition.

Kings Hill has been awarded two gold medals and been named best in Kent in this year’s South & South East in Bloom competition.

The garden village came top in the Town Centre category, winning a gold, and scooped another gold in the Business Landscape category. The judges also gave it the discretionary Kent County award.

The judges were impressed by the high level of community involvement in creating the award-winning landscape, stating that it is very clear that people ‘have such pride in the aesthetics of the whole place and enjoy contributing to that by doing their bit.’ They added that parts of the residential neighbourhoods were ‘just beautiful’.

Apprentice landscaper Connor Edwards, who works for Coblands who are responsible for the planting and grounds maintenance at Kings Hill, received a special mention for his hard work in the sensory garden at GenesisCare in the business park. They also said that the high standard of the soft and hard landscaping in the business park made it a ‘very desirable area for businesses to locate.’

The way in which the site’s heritage as a strategic World War II airfield is commemorated with public and interactive art was also praised.

Each year thousands of bulbs, bedding plants and wild flowers are planted, all carefully selected for the ground and weather conditions to give a stunning display throughout the year without the need for watering and minimal use of herbicides.

Susan Davies, estate manager for Kings Hill developer Liberty Property Trust, is responsible for the landscaping with the help of Coblands, ecologist Sue Deakin and the support of the three schools, numerous clubs and societies and residents.

“It is a real team effort and so exciting to have everyone’s hard work recognised in this way,” said Susan. “We are a ‘landscape first’ developer as we know people’s surroundings are so important. It is also a huge priority to be as ecologically and environmentally friendly as possible and this year local children have helped us create a series of bug hotels and wildlife habitats.

“We are also in the process of designing a public park and several new residential neighbourhoods and we hope that once completed they too will impress the judges in the years to come.”